Octopunk Media is delighted to announce that Livescream has earned three award nominations at the Crimson Screen Film Festival. 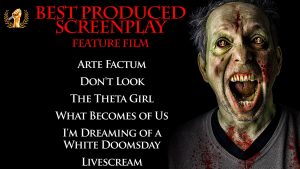 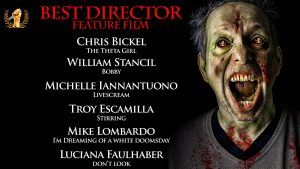 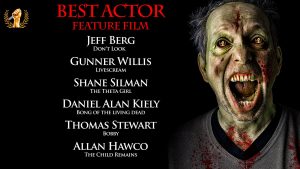 The anthology feature What Becomes of Us, which includes our short Psychoacoustics, has earned two nominations as well. These include Best Produced Screenplay in a Feature for the film’s many writers, and a Best Actress in a Feature nod for Kirsten Ray. Congrats Kirsten!

We’d also like to acknowledge our many friends, too numerous to list, who have been honored with nominations of their own. Regardless of who takes home the Crimmys, we’re all in great company!